THE PERFECT SETTING FOR HOLIDAY OR BUSINESS STAYS 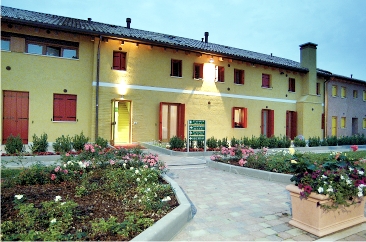 HOW TO FIND US

The residential structure is easy to reach as it is located on the Treviso-Vicenza road axis and inserted in a pleasant and relaxing setting thanks to the luxuriant internal garden and its charming surroundings.

Visit the Veneto Region website to discover the best places to visit and routes to explore in this beautiful region.
To discover the beauty of Veneto, visit the local tourist board website.

IDEALLY LOCATED IN THE TOWN OF CASTELLO DI GODEGO IN TREVISO PROVINCE, FOR YOUR HOLIDAY AND BUSINESS STAYS

Residence "Le Motte" in Castello di Godego invites you to relax and take in its natural surroundings, while enjoying polite, friendly and discreet service.

The residence offers an ideal setting for a business or a holiday stay between two cities of Art- Castelfranco Veneto, birthplace of Giorgione, and Cittadella, an admirable example of defensive architecture with Europe’s best preserved city walls-this is the ideal answer for short and long (minimum 3 nights) term stays.

We accept animals up to 20kg. 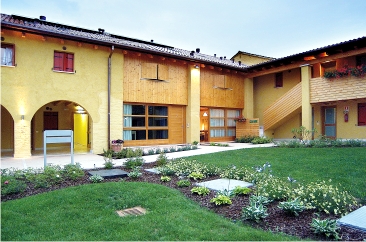 The hospitality offered by the residence allows you to experience a relaxing and instructive holiday that does not necessarily have to be expensive.

IN THE SURROUNDINGS OF THE RESIDENTIAL STRUCTURE

Centrally placed between the Venetian provincial capitals of Treviso, Padua and Vicenza, Castelfranco Veneto is an outstandingly beautiful cultural gem, surrounded by its medieval walls and dominated by a magnificently preserved castle.

Castelfranco is the birthplace of artist Giorgione - the house in which he was born, situated in the city centre, has become a museum of contemporary art and a must-see on any itinerary.

On the second weekend in September, Castelfranco holds its annual Palio (medieval pageant) and celebrates the "Festa dei Borghi". This spectacular display is staged each year to re-enact the construction of the city's castle in 1195. Locals proudly celebrate the event in full medieval costume.

During the first fifteen days of December, Castelfranco celebrates a local culinary speciality, radicchio variegato di Castelfranco (a local variety of chicory), and holds an associated trade fair. In this enthusiastic annual celebration, local restaurants and hotels offer dishes showcasing the highly-prized radicchio, and each year a prize is awarded to the best contender.

Living up to its historic name as birthplace of Giorgione, Castelfranco closely guards its heritage status as a "city of art" within its medieval walls.

Also of interest is the frieze on display in the Casa Marta Pellizzari, located in the city centre, and also the eighteenth-century Teatro Accademico.

Frescoed palaces overlook the elegant town square, flanked by the walls of the Castello - built by the citizens of Treviso in the 12th century to protect their territory from attack.

Forming a defensive square, its unmistakable red walls still stand protectively over the medieval town, as they did at the end of the 12th century when the people of Treviso built these fortifications to defend their lands. The imposing Torre Civica overlooks four smaller towers at the corners of the city walls - gates penetrate the fortifications on three sides. Spacious gardens surround the Castello, encircled by a moat and scenic walk with various statues providing points of interest.

Cittadella, a city steeped in the history of the Po Valley

An outstanding example of military architecture, the walls of Cittadella are one of Europe's best-preserved medieval fortifications. They were built by the Comune di Padova in 1220, in a strategic position to protect the city and its surrounding territory from attack. They trace a roughly circular course around the city, have 32 towers and are penetrated by four gates. A footpath along the moat outside the walls makes an ideal setting for an atmospheric stroll. The historic city centre contains some genuine treasures: the Torre di Malta - mentioned in Dante's Divine Comedy - the Palazzo Pretorio and the prestigious Teatro Sociale, one of the few in the Veneto built with private stalls.

Discover the beautiful region of Veneto during your stay at Residence "Le Motte" in Castello di Godego, Treviso province. 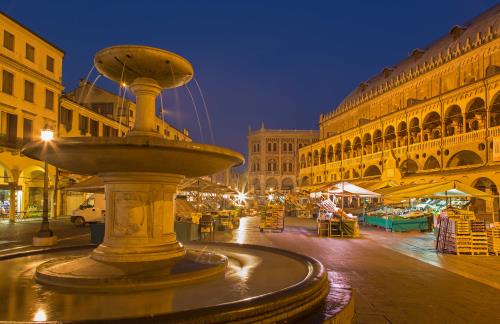 The residence is located in a beautiful, relaxing, silent, comfortable area not far from Vicenza, Padua and Treviso. The structure is well connected and close to the main roads (the main road is 350m away as the crow flies). The ideal is to have your own car for moving around during the stay. 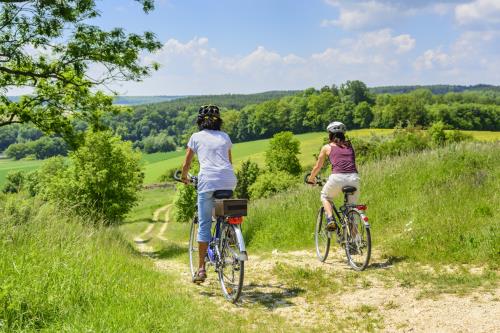 A structure with beautiful garden, bikes are available for trails in the surrounding nature.

The residence offers bicycles with which you can follow the pleasant rides in nature. Near to the structure there are many beautiful and well kept green areas. The residence, that rents fully furnished apartments, is immersed in a luxuriant garden.